The latest in turbomachinery news from Concepts NREC

'A refrigerator on steroids': Vt. engineering firm to help NASA fuel rockets on the moon with cryocooler technology

VPR’s Mitch Wertlieb spoke with Dimitri “Dimi” Deserranno of Concepts NREC in White River Junction. Concepts NREC was awarded a contract through NASA’s Small Business Innovation Research Program for an integrated cryocooler in support of NASA’s ongoing Artemis program. Their conversation has been edited and condensed for clarity.

Listen to the interview

Space: it’s really big, and really cold. But apparently not cold enough for NASA. And a White River Junction engineering company says it has the ultra-cold technology the space agency’s needs for Project Artemis, which aims to land the first woman and next man on the moon by 2024.

Mitch Wertlieb: NASA is providing grants to small businesses around the country to build the technology it needs for the next trip to the moon. Your company's contract with NASA is for something called a cryocooler. And before we get into the cool space stuff, what is a cryocooler? Can you explain the underlying technology?

Dimitri Deserranno: So a cryocooler is really no more than a refrigerator on steroids. It provides a cold gas, and the "cryo" simply stands for the fact that it goes cryogenic. Typical cryocoolers give temperatures as low as -250°F, and some go as low as -450°F, which is close to the temperature of deep space.

Wow. Now, I understand that your company Concepts NREC has contracts with the Navy to use this cryocooler technology on super-cooled power transmission cables, among some other applications. Can you explain to us what NASA wants to do with this technology?

So NASA's primary interest is for liquefying rocket fuels, specifically, oxygen and hydrogen. They do this either in space for [an] orbiting fuel depot, or on the moon.

On the moon, they make rocket fuel by electrolysis of water. So you can split water to make H2 and O2, really no different than some terrestrial applications are using for [hydrogen] fuel cells.

On the space depot, liquid rocket fuel would be delivered by other rockets from Earth, and stored in a depot. But that depot is exposed to the sun, and the sun heats the depot up and that would evaporate the rocket fuel. So the cryocooler is used to keep the depot fuel cold, so it doesn't evaporate and escape into space.

It's well understood these days that to reach Mars, [you’d require an orbiting fuel depot because] you have to refuel in space, because a rocket spends most of its fuel escaping Earth’s gravity.

That is truly amazing technology. I do have to ask though, why does NASA not have this technology themselves?

Good question. They've been trying to develop it for several years. I used to work at Creare, in Hanover, New Hampshire, working on these types of technologies, and now working here at Concepts [NREC] on this.

It's kind of a unique application that doesn't have a large commercial need. It's very specialized. For example, the Hubble Space Telescope had a Creare cryocooler on it that was uniquely made to cool the infrared sensor. So, they're used on satellites in space, cryogenic systems in space. And so the space applications are rather limited.

In terrestrial applications. cryocoolers are very common. They're used in MRI machines, they're used for liquefying oxygen, nitrogen and helium. However, those cryocoolers are usually big and power-hungry. And that doesn't really make them useful in space. And so NASA has been contracting with other companies in the U.S. to help develop this technology.

And that's what your company, Concepts NREC, that's where you step in, right? You're able to make these smaller cryocoolers, I'm imagining?

You're going to be using these cryocoolers, or NASA will, on the moon, if everything goes exactly as it should. Where will this hydrogen and oxygen come from, on the moon, if it has to be taken from there?

While I'm not aware of all the details, it's my understanding that the poles on the moon actually have ice underground. And so I believe their intent is to mine the ice on the moon, and then convert it to water, convert the water to oxygen and hydrogen, and then store [those gases] as a liquid.

How did you feel about getting this contract with NASA? Was this at all a surprise to you? Was it just an opportunity you jumped all over? I mean, it really is kind of amazing for this company in White River Junction, Vermont now to be doing this with NASA.

I grew up in a small town in Belgium, and I never really expected to work on space hardware. Heck, I didn't even know what cryocooler was. I really started doing mechanical engineering, because I'm interested in tractors.

And then, when I moved to the U.S. and got my PhD, I landed a job at Creare in the Upper Valley. And that's where I developed my interest in, really, anything space. I worked on space vacuum pumps and space cryocoolers. And so, when I came to Concepts, I kept, you know, an eye open for space cryocooler topics, because Concepts is a turbomachinery company. And the cryocooler that we're working on uses turbomachinery, it's called a reverse-Brayton cycle [cryocooler]. And so it uses compressors and turbines to compress and expand the gas, and make a very cold gas. And so the interest in NASA [Small Business Innovation Research] topics came from my passion for spacecraft cryocoolers, and our ability to make these turbomachines and heat exchangers to develop these systems.

Have questions, comments, or concerns? Send VPR a message or contact us. 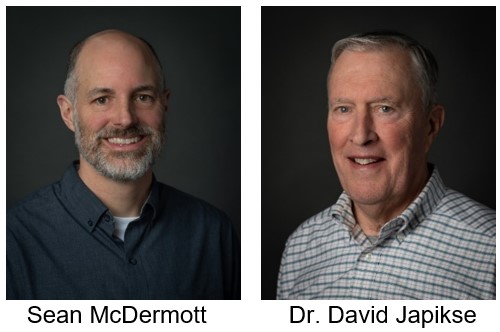 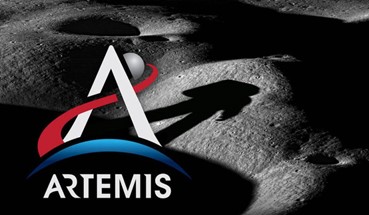 White River Junction, VT, USA – March 7, 2022 — Concepts NREC is pleased to announce that it has received a Phase II SBIR award from the National Aeronautics and Space Administration (NASA) to design...