We Are All Being Robbed!  Some Thoughts on Energy Heat Recovery

There are not many people who would argue that if you only received 30% of a commodity that you need to purchase every day to enable you to have your share of “…life, liberty and the pursuit of happiness”, then you should have some recourse to get the rest of your order or some money back. However, each day, everyone in the United States and throughout the world purchases energy. The availability of a ready source of affordable energy is one of the criteria for a country’s industrial economy and the prosperity of its citizens. Every engineer learns very quickly that not all the energy you pay for can be transformed into useful form. The engine in the transport vehicle that brings you to work is likely to have an efficiency as low as 25%. The hot water for the lavatories in your office building has been heated with a much more respectable efficiency of 80-90%, at least according to the First Law of Thermodynamics.  However, if your office building is heating water to only 105-110°F, using a fossil fuel-fired furnace, then the Second Law of Thermodynamics can be used to determine the second law efficiency to be only 15%. In contemporary engineering thermodynamics terms, you’ve increased the entropy of the universe. In contemporary layman’s terms, you’ve been robbed!

Where is the outrage?

There are three parts to a reasonable solution. First, seriously and continuously, apply conservation efforts to reduce the use of energy. This can also have an immediate positive benefit in reducing environmental pollution and the release of global warming gases such as CO2, into the environment. Depending on how seriously people work to conserve, this solution can likely reduce the waste of the prime energy resource by only about 10-15%. A second solution is to increase the use of renewable energy wherever possible. But this may be costly, given the current, relatively cheap supply of fossil fuel resources.  The third solution is a concerted effort applied to recover the wasted energy and transform this waste into productive use. It can be shown that 20-25% of the otherwise wasted energy from the prime energy source can be recovered with creative engineering design and analysis.

Certainly, the recovered heat energy can be directly applied as heat to a room or industrial process, using a heat exchanger; a tube bundle that has the hot fluid in the tube and the fluid that needs to be heated is on the outside of the tube bundle. For example, most large utilities that are using gas turbines to generate electric power, will also have an exhaust gas heat exchanger installed in the exhaust of the gas turbine, to produce low pressure steam or hot water. The hot water or low-pressure steam is then distributed to private or commercial users via a district heating system: a network of interconnected piping to homes and businesses that are within a short distance of the utility. Iceland, Germany, Denmark and other northern European countries lead the way in directly utilizing waste heat in this manner.

If thermal demand is not in the vicinity of the utility, the alternative is to generate electric power from the waste heat. Clearly, there is more demand for electric power than mechanical power because electrical power can be transmitted hundreds of miles from a central facility to the user, and then be converted back into heat energy or mechanical power to drive fans or pumps or the wheels on an electric motor vehicle.

Electric power can be generated from a waste heat energy source, by using several of the more common thermodynamic heat engine cycles. In fact, the candidate cycles for heat recovery, the Rankine Cycle and Brayton Cycle, are the same cycles, on a much smaller scale, used by utilities to generate power with a steam turbine or a gas turbine engine. When these cycles are used to recover the waste heat from the prime mover heat engines, the waste heat cycles are tagged with the moniker, “Bottoming Cycle”, to denote that they are functioning on the end or bottom of the energy stream.

Both Bottoming Cycle engines utilize a high temperature and high pressure, expansion turbine.  Concepts NREC has designed, built and installed Rankine Cycle expansion turbines that use any number of common refrigerant fluids, not steam, as the fluid that powers the turbine.

The refrigerant is a better choice for the Rankine Cycle, when the waste heat temperatures are below 900°F. The choice of a refrigerant also helps to keep the turbine size small enough that a 300 kWe turbine-generator sub system (shown here) can fit in a box that is less than 1 m per side. It also helps that the turbine is coupled directly to a permanent magnet generator that rides on magnetic bearings and operates at 20,000 rpm, thus, no gearbox, no shaft seals and no lubrication system. Concepts NREC has also conceptualized a new thermodynamic cycle that uses a dual pressure turbine that can simultaneously recover waste heat from the water jacket of a reciprocating engine at 200°F, while also recovering the heat energy from the 900°F exhaust gas stream. This cycle has been given the appropriate name: Total Recovery Energy Cycle (TREC).

A comprehensive review of Brayton Cycle waste heat recovery systems can begin with a turbo-compounding engine that functions as a turbocharger in a reciprocating engine, prime mover, but then can utilize the bypass exhaust gas to generate additional power. The turbo-compounding engine can generate mechanical power that is delivered to the engines drive train that couples to the electric generator for 10-15% more power generation. An alternative waste heat recovery Brayton Cycle engine can have a simple heat recovery exchanger replace the combustor and transfer the waste heat to the air that exits the air compressor in the Brayton Cycle before it is expanded through the turbine. Such systems, when coupled with a Rankine Bottoming Cycle system, would recover 20-25% of the total energy used to power the main power generation system.

The technology for waste heat recovery systems is available and is being applied to large utility power systems. However, the same technology, on a smaller scale, can be applied to smaller prime mover engines that are becoming prevalent to assist the utilities expand their reach to their customers through what has been called Distributed Energy Systems. Such systems could be added to renewable energy, power generation systems where wind turbines, photovoltaic, and even modular energy storage systems have been installed to assist the utility in reducing the use of fossil fuels. Such systems could be identified as Hybrid Power Systems or HyPower-Gen, to indicate that this is the next generation of more efficient energy utilization.

Food for Thought : Perhaps the slow pace by industries to adopt energy recovery is due to the relatively low cost of liquid or gaseous fossil fuels. For example, a gallon of gasoline at your local gas station, is approximately 50 times LESS expensive, on a volume basis, than a 2 ounce shot of espresso coffee, that is still made only from saturated liquid water at 0.5 psig, that is filtered through roasted coffee beans, that have been ground to grain sizes of 200μ. Have you ever been to the beach on a very hot day? Then I am sure you noticed that the sand is very, very hot, uncomfortably so. Congratulations, you have had first-hand experience with ground source... 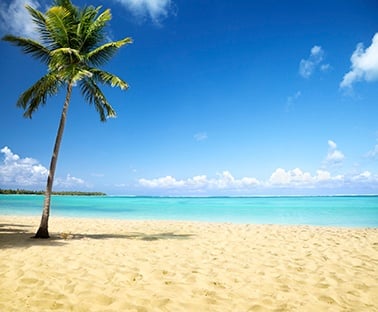