Cycle and operation requirements, as well as a wide range of operating conditions and volumetric flows, are often required for the design of turbines with diverse geometries. Some typical design tasks and available new/existing features within AEDS are described here.

Over years of development and validation, AXIAL has proven to be a reasonable tool to design and predict performance of various classes of turbines. Two more cases were added as examples (Figure 1) for large power generation turbines for supercritical and saturated conditions, including the effects of steam reheat and wetness separation.

As a rule, these geometries include a control stage with variable admission, high pressure (HP), intermediate pressure (IP) and low pressure (LP) cylinders, each with multiple stages. 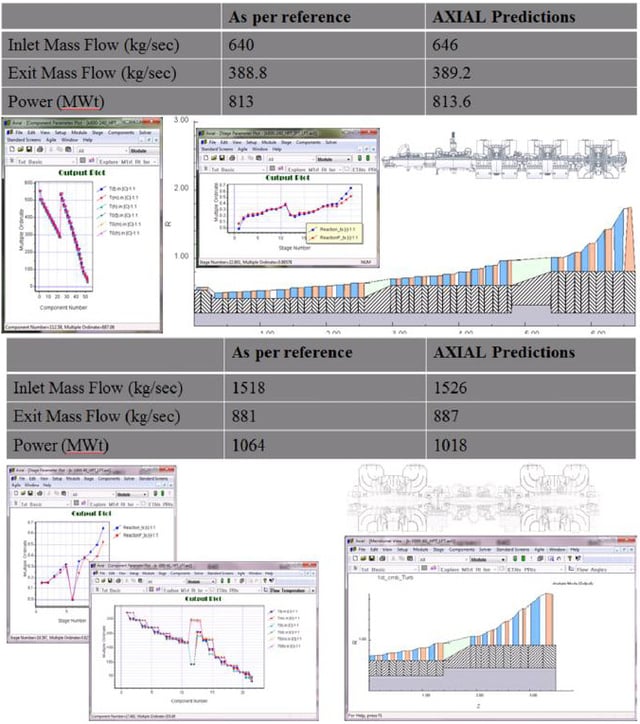 Curtis and Rateau geometries can be designed in AXIAL, with partial admission considered. Careful validation work was undertaken for subsonic and supersonic nozzles in design and off-design operating conditions, shown in Figure 2. 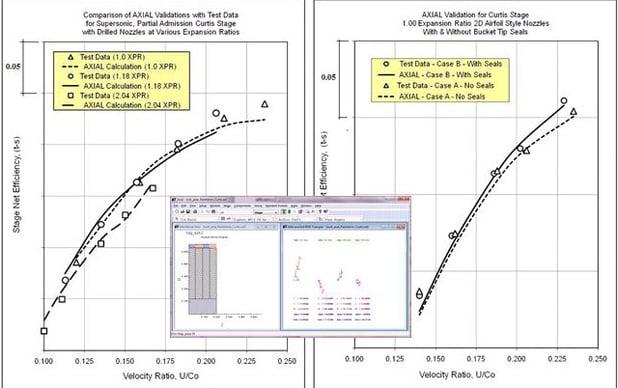 To start an automated Curtis stage design in AXIAL, the Macro script option may be used. Further geometry refinement is done in the redesign or analysis mode, manually or using automated optimization via TurboOPT II™ and integrated or 3rd party optimizers, such as IOSO™, modeFRONTIER®, and Isight™, among others.

For 3D geometry development in AxCent®, all through-flow, blade-to-blade and 3D CFD solvers have a special option for aero calculations in the active jet domain to support the design of blade section profiles and blades. Parametric or arbitrary blade section types with arbitrary stacking are available for manual or automated optimization.

Performance and geometry of supersonic convergent-divergent bladed geometry (Figure 3) can be estimated in AXIAL and finalized in AxCent.

Figure 3 - Loss prediction and profile development of a supersonic nozzle at Ma ~1.7.

From preliminary design to 3D geometry, AEDS handles low/negative-to-high reaction flow, consistent with modern technologies such as Compound Lean, 3DS, and Dense-Pack, among others. The development of high-performance multistage turbines requires significant optimization effort, aided by suitable geometry parameterization, the ability to account for interactions between blades, and stage interactions due to secondary flows and clearance effects, all of which are available to the AEDS users. 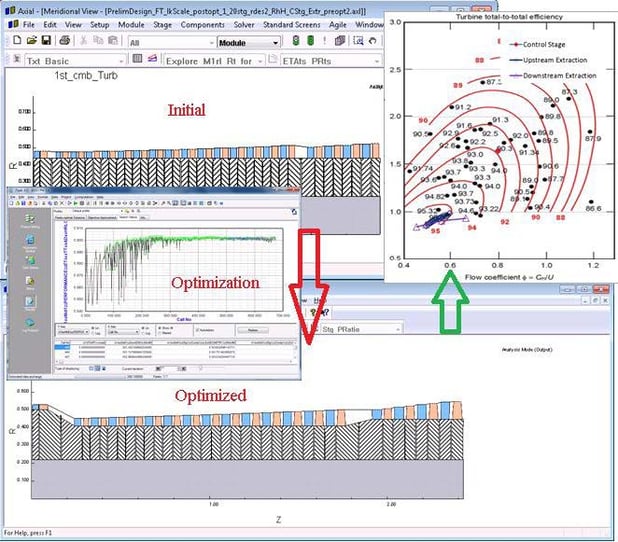 Figure 4 shows an example of preliminary flow path optimization for a steam turbine high-pressure cylinder (considered as a single domain for control stage and two groups of HPT stages). Radial locations, flow path contours, pressure ratios, reactions, and main parameters for the blade sections of the control stage, and the first and last stages in each of HPT groups were set to variable. Flow and geometry parameters for nozzles and stators were set by interpolation for the intermediate stages. Constraints were set for the estimated structural data, geometrical tolerances, blade loading and reactions, and pressure field. Optimized geometry produced credible results in the Smith chart metrics.

The development of preliminary 3D geometry often relies on using blade-to-blade CFD, which tolerates shock effects and flow separations. Automated blade section optimization can be set for individual or multiple blade sections at the specified span. 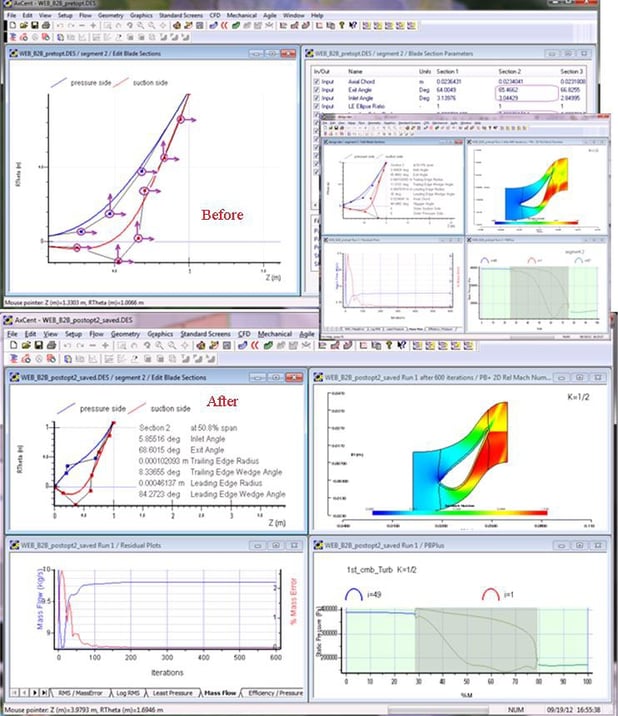 Figure 5 shows an example of a section optimization for an arbitrary Bezier profile, delivering better aero loading and >30% reduction in losses.

Arbitrary flow path contours, sections, and stacking are all instrumental for coupled 3D CFD optimization, to mitigate penalties from secondary and clearance flows and non-uniform flow profiles, for an intermediate optimization step (Figure 6).

The AXIAL features described beforehand deliver a preliminary feasible flow path for groups of IP and LP stages. Preliminary structural constraints, limitations in swirl and Mach numbers (for diffuser coupling), and estimates for off-design operation - including at zero power level of the last stage - can now be considered.

Complex 3D shaping of tall twisted blades delivers improved performance due to better span wise flow distribution, profile, secondary flow effects, and weakening TE vortex sheet mixing loss. This is achieved by minimizing divergence of streamlines on the pressure and suction sides of the nozzle based on full 3D CFD flow analysis of the stage, Figure 7. 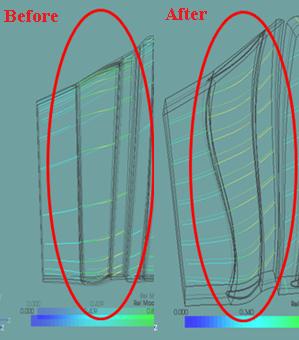 Figure 7 - Suction and pressure side streamlines in the nozzle domain before/after 3D CFD optimization of an LP stage geometry.