This post is about one of the most useful design tools for rotordynamics of turbomachinery: The Undamped Critical Speed Map. A critical speed map can provide a great deal of insight on the potential behavior of a rotor-bearing system without requiring a lot of model detail.

Let’s explore how the CSM can be a helpful design tool by using the DyRoBeS software. Our simple example model will consist of a shaft, one bearing near each end of the shaft, and three disks mounted near the center of the shaft.

At this point, the only details that we need for the bearings are bore diameters and locations of the bearing centerlines. We don’t need to be concerned about the bearing design details, or even what type of bearings are used. Furthermore, we can neglect the influence of forces at seals, impellers, etc. 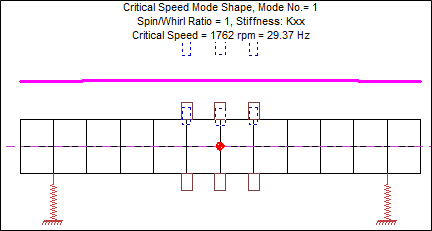 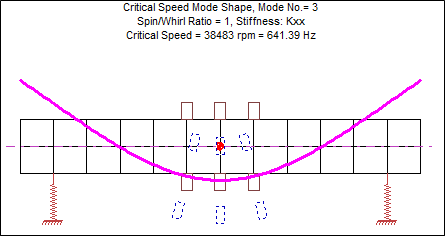 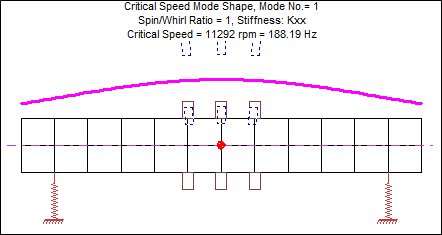 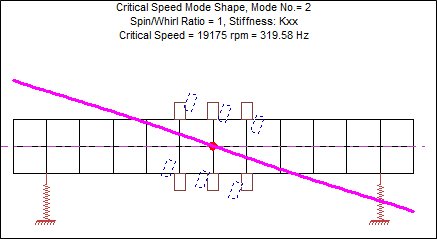 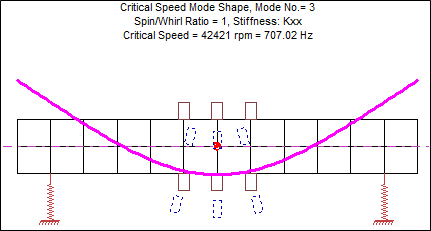 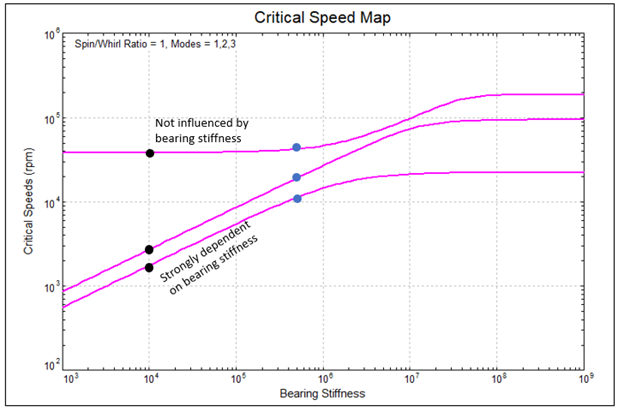 For our example, suppose that we know the machine needs to operate continuously over a speed range of 8,000 rpm to 12,000 rpm. We can overlay this speed range on the CSM by using horizontal dotted lines. 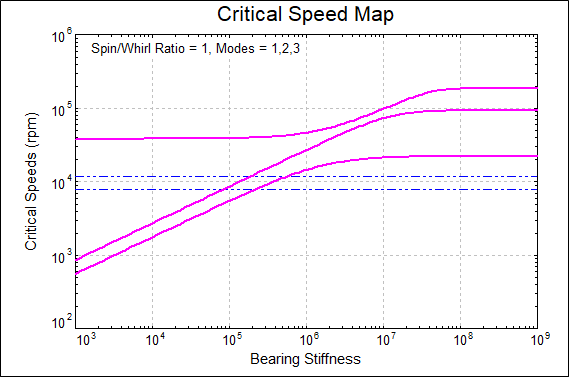 It is worth mentioning that this simple analysis does not include the important effects of damping, or any mention of how the critical speeds may actually be excited during operation. However, the bottom line is that an undamped critical speed map can give valuable insight during the early stages of a rotordynamics analysis.

We welcome your questions and comments here, or contact us at info@conceptsnrec.com for further dialogue.