The recent success of Rocket Lab, putting small satellites into orbit with its Electron rocket, is a significant milestone in the evolution of space flight.  The Electron rocket is powered by a set of 5,000 lbf thrust Rutherford engines that use battery-powered electric motor-driven pumps to supply the LOX and Kerosene to the thrust chamber.  Battery-powered propellant feed pumps are a leap in technology that will reduce the development time and lower the costs of space flight.

The image below shows the ULA Atlas V rocket on the launch pad prior to a mission to resupply the International Space Station and is an example of current technology.  The Atlas V is a workhorse vehicle used for many types of launch missions. The booster stage uses the RD-180 that is an 860,000 lbf thrust LOX/kerosene engine.  It uses an oxygen rich stage combustion cycle to power the propellant feed pumps.  That means that all the oxygen flow and a small amount of the kerosene is put through a pre-burner to ignite and power a turbine that drives the pumps in a turbopump assembly (TPA). This is an effective cycle for powering the propellant feed pumps, but it takes a lot of money and time to develop the required turbomachinery.

Many problems must be solved: 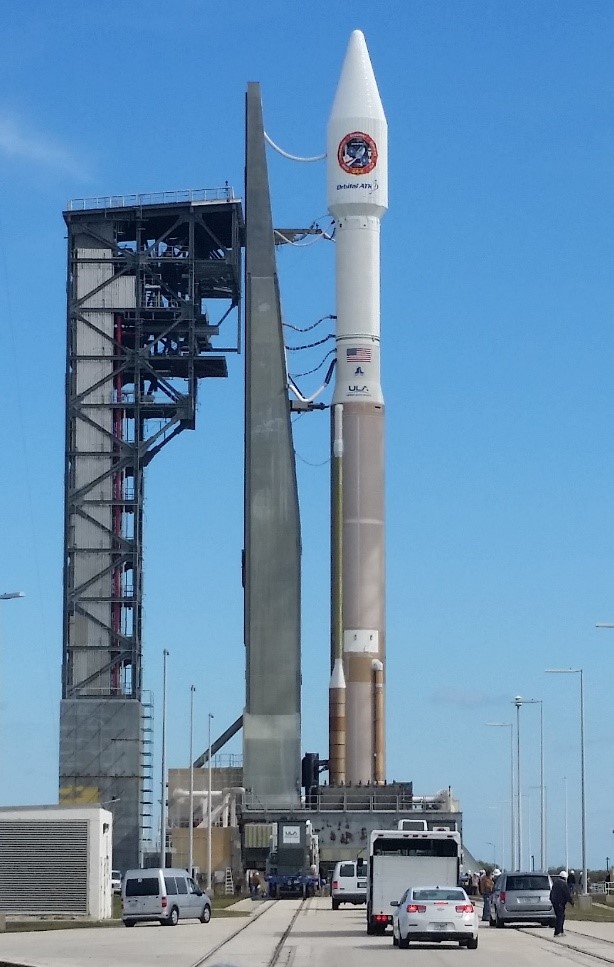 With motor-driven pumps, many of the problems listed above are removed completely or are made considerably easier to manage when the designer is only concerned about the pumps.  Therefore, the pump design can be completed much faster and at a lower cost.

Concepts NREC has over twenty-five years of experience developing turbomachinery for the traditional rocket engines, and as of about five years ago, we started developing motor driven pump technology for space applications. One example is shown below. This is a 3D printed cryogenic propellant pump developed at Concepts NREC for a 5,000-8,000lbf thrust class engine, which is suitable for small satellite launch vehicles and in-space propulsion applications. 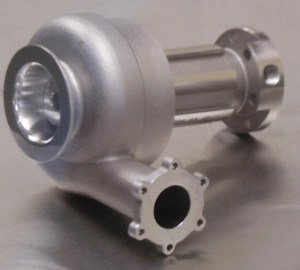 Battery energy density is the primary limitation on motor driven pumps for space.  With current technology, the maximum thrust for a battery-powered engine is about 20,000 lbf thrust, before the weight of the batteries is too large for there to be any extra capacity for payload. This is a long way from the capability of traditional rocket engine cycles.  The F-1 engine on the Saturn V rocket, for the Apollo program, had a maximum sea level thrust of 1.7 million pounds. Therefore, traditional technology for rocket launches is still needed for the larger applications. Battery-powered electric pumps are viable low-cost alternatives for the smaller space propulsion applications now, and as well as an expanding list of additional applications, as electric energy storage technology improves.