The first figure shows islands of potential efficiency for turbines as a function of specific speed and specific diameter, a parameter related to specific speed.

The next two plots are more simplified figures from Balje expressing potential efficiency as a function of specific speed alone. The first plot is for radial turbines and the second is for radial compressors. 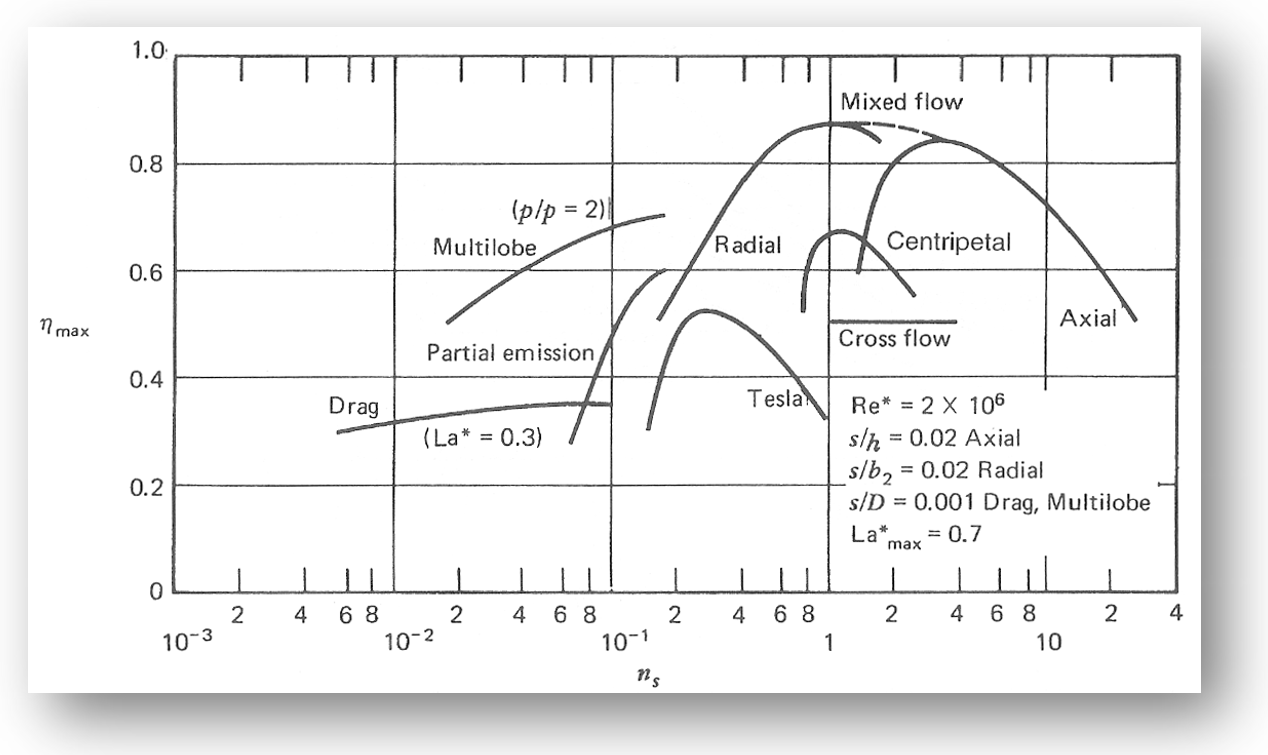 Though widely used, it’s easy to overestimate the effect of specific speed. The figure below plots several different radial turbine designs and clearly shows just how varied the performance can be across the specific speed. 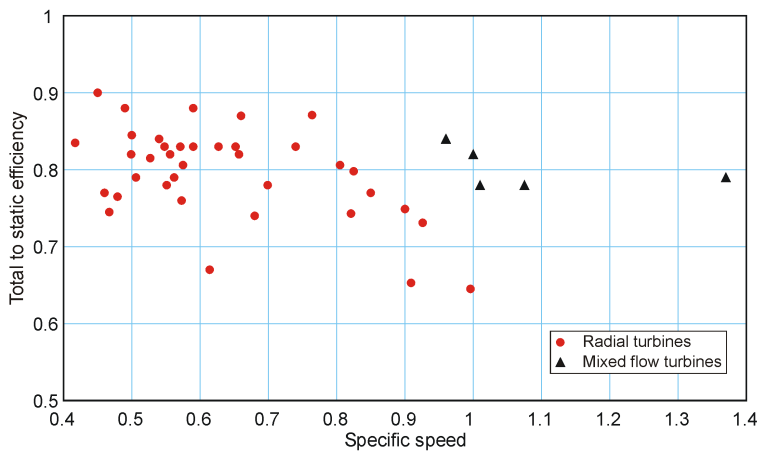 These results clearly show that the lines of peak performance as a function of specific speed are much, much blurrier than the sharp lines of Balje’s plots would imply.

The value of specific speed is not in the prediction of performance, but rather as a rough guide to the machine shape needed that will tend to give better performance.  Concepts text book, Introduction to Turbomachinery, describes specific speed as, “slightly coarse, but never the less useful, tool for selecting the type of turbomachine required…”.