The (Contemporary) Art of Engineering

Boston, MA is known as a walkable city. Boston’s downtown area is very small, relative to those in other cities. However, the walkable size provides you with a special opportunity to explore the many interesting venues that the city has to offer. One such opportunity arose when an engineering meeting with a colleague was postponed for several hours due to “unforeseen circumstances”. This gave me a golden opportunity to tour the Museum of Fine Arts, a short walk from Northeastern University where my meeting was scheduled.

I headed to the Contemporary Art wing because I have never been there before. Now, I am an engineer, and while I agree that the exhibits show creativity, I felt that I could have created some of these exhibits with my eyes closed. One of the exhibits is a running video of an artist, creating art with ink and ice cubes “live” as you look on. There is another piece, a monolith of very highly polished stainless steel (that engineers would identify as a 16 Ra surface finish), broad at its base and tapered to its apex, and approximately 10 feet tall. This structure (statue?) has irregularities that, to me, look like they were formed by a natural “gravity flow” from the release of molten steel, dripping from a furnace and piling on the floor. It reminded me of a stalagmite made of steel. Cool!

The engineer in me couldn’t help but make a comparison of what I saw in this Contemporary Museum, and what I see in the “real world” of engineering. All around the world, there are “engineer” artisans and craftsmen employed in companies large and small. These engineering artisans don’t produce pieces that are enjoyed by museum-goers in hushed galleries with excellent lighting. They produce 3-dimensional artifacts that can withstand stresses imposed by external forces, while providing the user with a mechanical system that has some expressed purpose which ultimately makes life easier for all of us. Now, artists might argue that a beautiful piece of art makes life better, but it doesn’t necessarily make life easier.

Figure 1 displays one such compressor impeller made from aluminum. The conically-shaped solid body next to the machined impeller is what the craftsman began with - a solid piece of aluminum, which, paraphrasing the renaissance artist, Michelangelo, ‘…hides the impeller within and that wants to be liberated and must depend on the artist for its freedom’.  This patented impeller was designed by Concepts NREC to compress 3 kg/s of hydrogen with a pressure ratio of 1.23 by operating at 60,000 rpm or 2,100 ft/s! This later specification is known to have turbomachinery engineers raise their glasses in a congratulatory toast, when compared to more typical speeds of 1,600 ft/s for centrifugal impellers. The fact that this 8-inch diameter impeller will consume 1,000 kWe of mechanical power to accomplish the task, has made manufacturers of electric motors and gas turbines come calling. 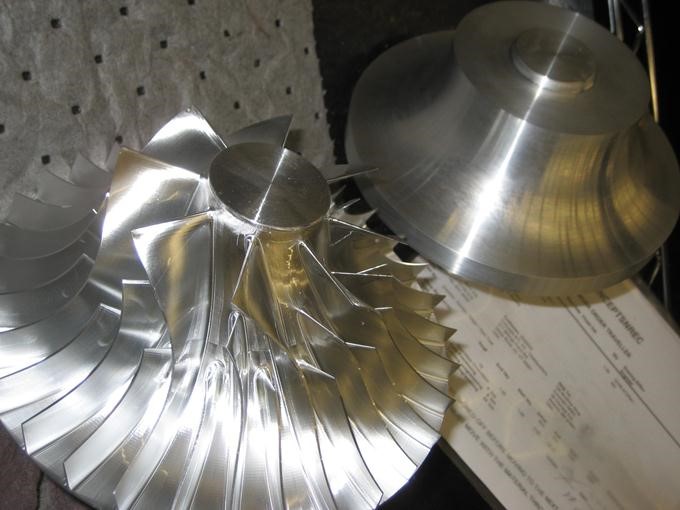 Similar examples of modern-day, engineering art are shown in Figure 2. These pieces of art are, in fact, turbines, compressors or pump impellers that are superbly machined to tolerances that, in my career, were considered unimaginable. Such tolerances are necessary to produce the most efficient machines that can produce power, or consume power, to efficiently compress air or pump fluids, drill for oil or even drill out cavities in a tooth. These three-dimensional works of engineering art are produced daily.  They are designed by engineers who utilize the latest analytical tools to ensure that the least material is used to the greatest potential efficiency. 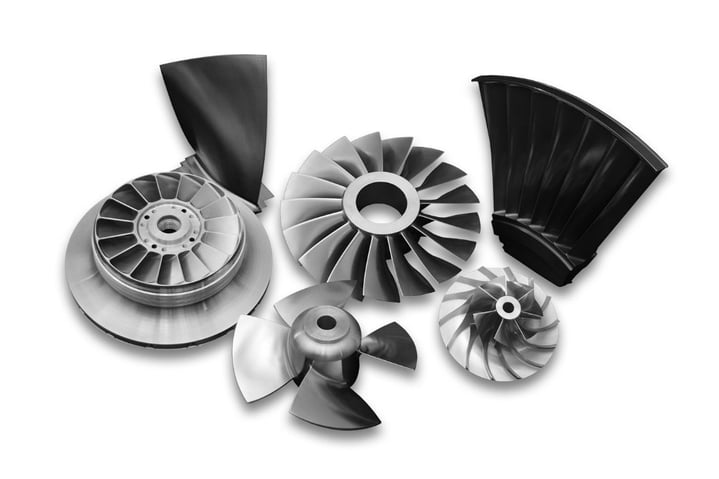 Want something with a little more color? Figures 3 and 4 are colorized, graphical displays of the results of Finite Element Analysis (FEA). FEA is the software tool for stress analysis engineers that has replaced the “old timers”, well-worn Roark & Young text, to determine the stress that is imposed on the part, due to external forces, including centripetal forces caused by high rotational speeds. The FEA output of software, such as pbFEA™, provides a scale of colors that proceed from dark blue to bright yellow, that is proportional to the stress that the part must endure. Simply put, the brighter the color, the higher the stress. If these stresses exceed the structural strength of the material, there would be a catastrophic end to the work of the artist-engineer-craftsman, and possibly, the safety of the end-users of this engineered art. Contemporary artists, usually, only have to worry if people “get” their work, not if it will cause damage to life and property. Although I am guessing if that giant stalagmite fell on you, it would leave a mark. 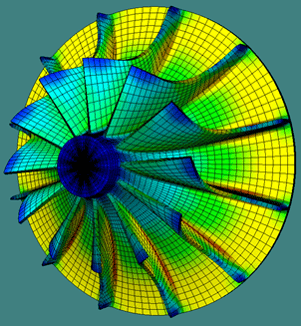 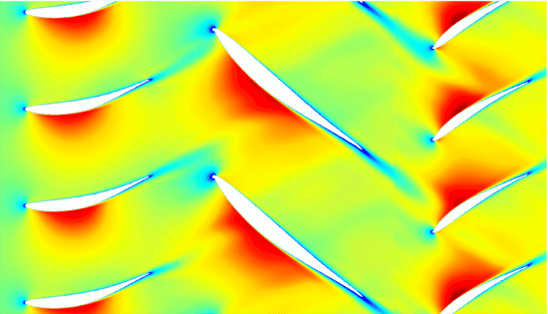 Figure 4 shows an image depicting Computational Fluid Dynamics (CFD). CFD visualizes how a gas or liquid flows, as well as how that flow affects objects it flows past. A simple example that many might be familiar with is those cool images of cars in wind tunnels, with the vapor streaming over the chassis of a car. Well, in turbomachinery, software such as FINE™/Turbo, from our Partner, NUMECA International, shows how fluids flow during the transfer of energy between the rotor and a fluid. It also creates images that, I think, rival that of any artist.

To make the stronger link between conventional, contemporary art and the engineering art, perhaps Figure 1 should be labeled: “Realization”, Figure 2 “Still Life #9”, Figure 3 “Radiant Spring”, and Figure 4 “Pathways to Ponder”.

Seriously though, the beauty inherent in something is not defined by who created it. We are all artists, working with our chosen mediums to create works that speak to us with their form and dare I say, functionality.