Wouldn’t it be ironic if the profession that is creating all the robots was eventually replaced by them? It could happen. Engineering is all about applying laws, measurements, facts, and analysis to solve a problem. Dealing with these finite things is exactly what robots do WAY better than people.

Take our industry, turbomachinery, as an example. It really boils down to a very simple process: the transfer of energy between a fluid and a rotor. The complexity arises from the seemingly infinite number of variables that can accomplish that transfer. Some of the variables include: whether the turbomachine is open or closed; whether the flow is parallel, perpendicular, or a mixture of both to the rotation of the axis; and whether energy is being absorbed or produced. On top of that are the economic imperatives that are important to the manufacturer, i.e., cost and manufacturability. But wait, there is more! Rules and regulations from governments and other agencies can often set performance benchmarks that must be met. And finally, there are market forces that reward differentiation and continuous improvement. Who can possibly make sense of all this? Robots.

Are engineers being complicit in their own demise? One of the top requests we get here at Concepts NREC, in our annual balloting process for the Agile Engineering Design System®, is simplification. Our customers want the software to do more and more, automatically. And we are obliging! The latest v8.6 of the CAE software, that was just released, has numerous upgrades that further reduce the number of inputs required from the user to deliver optimized designs. Our CAM software MAX-PAC™, now features virtual milling material removal simulation that shows exactly what will happen when the toolpaths are machined, helping to eliminate unwanted tool breakage.

There is a very interesting article in the New York Times titled “Will Robots Take Our Children’s Jobs.” Reading it reminded me of when my son, Michael, was a child. He used to promise me that, when he grew up, he was going to make me a robot that would do all my chores. Apparently, he picked up on my dislike of housework. Smart kid! Although he is now a mechanical engineer, I am still waiting for my robot. He had better get a move on because Concepts NREC software customers, including Dyson and iRobot, are already delivering outstanding products that do some of those hated chores. 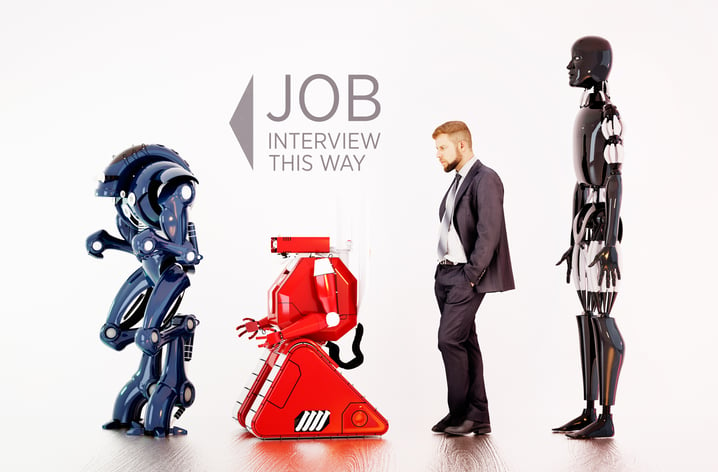 According to the article in the Times, it is not just mundane chores and low skill jobs that are in danger of being replaced by robots. Highly-skilled jobs like radiologists, surgeons, lawyers, and airline pilots are already being replaced by robots. Interestingly, engineers were not mentioned. Will engineers be able to resist the challenge of creating better, more efficient solutions that solve real-world problems, even if that solution is a robot engineer? Time will tell. I hope they remember to put a kill switch in them – Did you see The Terminator, Avengers: Age of Ultron, and The Matrix? Definitely need that kill switch!

Are you working on robots? Would love to hear from you!