These conditions usually require a class of turbomachinery known as an impulse turbine. Impulse turbines are characterized by small net pressure and velocity changes at the inlet and outlet of the rotor. The concept of these designs is that the nozzle operates at a high-pressure ratio to deliver high volumetric flow that permits increased blade heights and requires low reaction of the blade rows downstream of the nozzle. 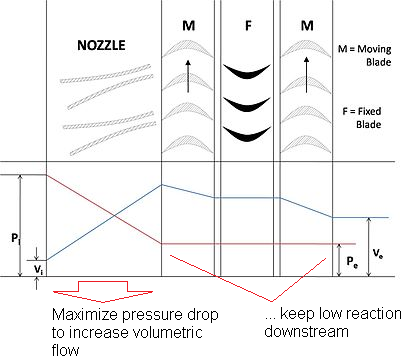 If the blade heights of the various impulse turbines are still too low to deliver acceptable efficiency levels, or be viable for manufacturing, a partial admission is the next step in the consideration of the turbine design. Partial admission allows active flow only in a portion of the circumferential arc, providing the possibility to “exchange” a reduction in the admission arc for an increase in blade height.

The drawback of using a partial admission is the inactive flow sectors are subject to various additional losses: fill-in, empty-out, unsteadiness in the active jet domains, ventilation/recirculation (or “pumping”), and leakages in active and passive arc domains. In preliminary design tools, these losses are usually modeled via semi-empirical loss correlations. 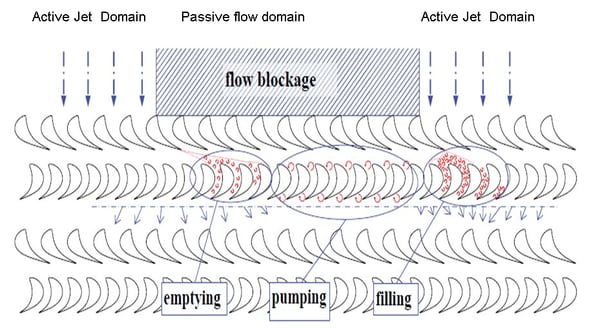 Low reaction stages are rather tolerant of variable admission geometries. This is because the changing admission arc of the nozzle blockage varies the active jet region(s) in the downstream blade rows, without significantly changing the operating conditions of the blades in active jet domains. This minimizes the impact on aero performance, while enabling a wide range of power control in the stage.  Variable admission is usually achieved by controlling the flow through separate groups of nozzles in multiple arcs using valves.

To execute preliminary design of such turbines, AXIAL™ is equipped with a reduced order throughflow solver, which reports a condition of so-called fully expanded supersonic flow for each bladed passage (convergent or convergent-divergent). The design target for a supersonic nozzle is to find throat/exit area ratio of the passage that delivers minimum loss for the intended velocity triangles of the designed stage.

To demonstrate the process, let’s consider example specifications for a supersonic turbine stage:

Figures 1 and 2 show optimization problem settings in TurboOPT II for input parameters, and output parameters with constraints and objectives.

Figure 1. Input parameters for optimization study of the turbine stage 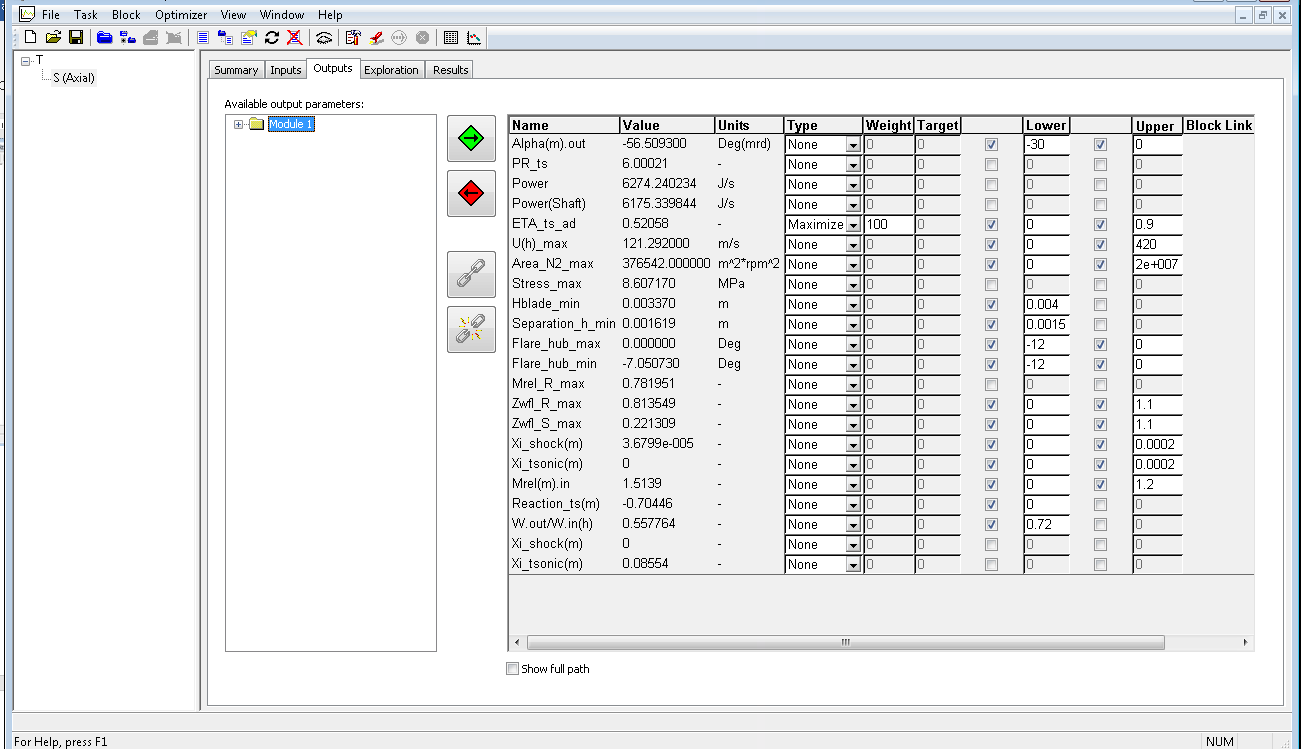 Figure 2. Output parameters with constraints and objectives for optimization study of the turbine stage

The history of optimization using the internal optimizer in TurboOPTII™ is shown in Figure 3, and the final result and optimized geometry is shown in Figures 4 and 5. The reported admission level is ~ 0.275, throat to exit area ratio ~ 0.733 for nozzle Mach number at exit ~ 1.7. Radial sizing and rotation speed of the stage are adjusted for best performance.

Conditions to keep low supersonic and transonic losses (Xi_shock, Xi_tsonic in the output set) are applied to guarantee that nozzle throat/exit area ratio (Athroat/Ab_ps in the input set) is hovering in the vicinity of fully expanded supersonic flow condition during optimization. 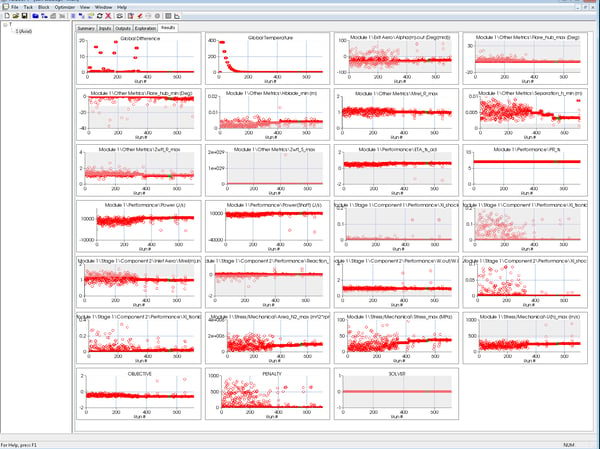 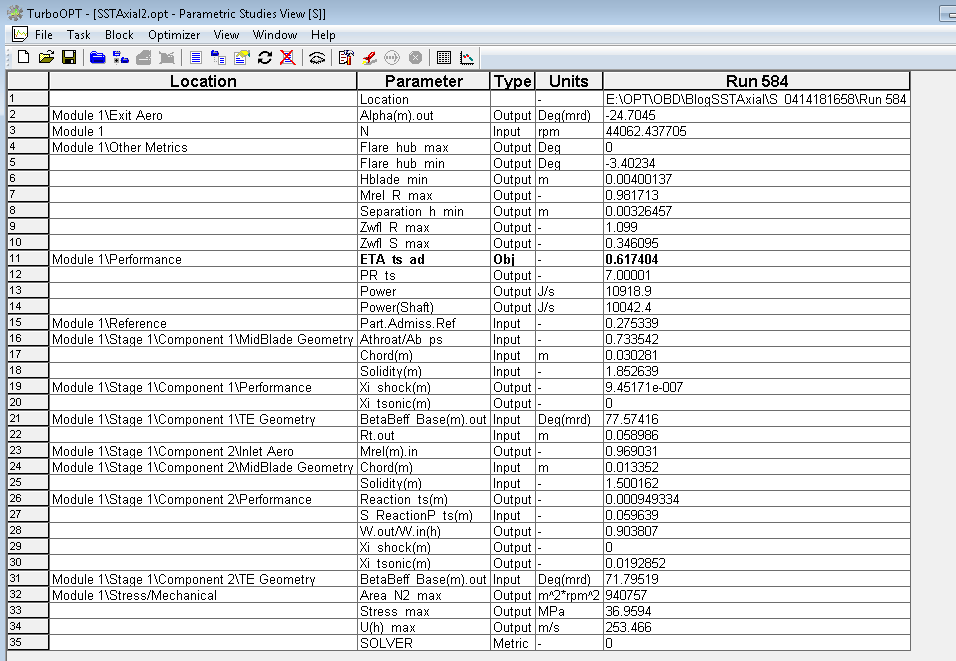 In the right upper plot in Figure 5, for Mach number at exit of the nozzle, one may observe that the value (blue line) coincides with the Mach number for fully expanded supersonic flow (green line), which is an indication that the throat/exit area ratio for convergent-divergent nozzle is set correctly.

Nozzle blade height comes at the minimal allowed limit (adopted manufacturing requirement) that is likely to penalize performance of the optimized geometry.

The exit swirl angle (Alpha(m).out) is negative and deviates from axial direction (zero swirl exit is desirable for better total-to-static efficiency), which is a compromise between increasing exhaust energy loss (due to exit swirl) and reduction in ventilation loss, observed with reduction in radial size of the stage. Conventional design rules would drive the designer to pursue a minimized exit swirl target. 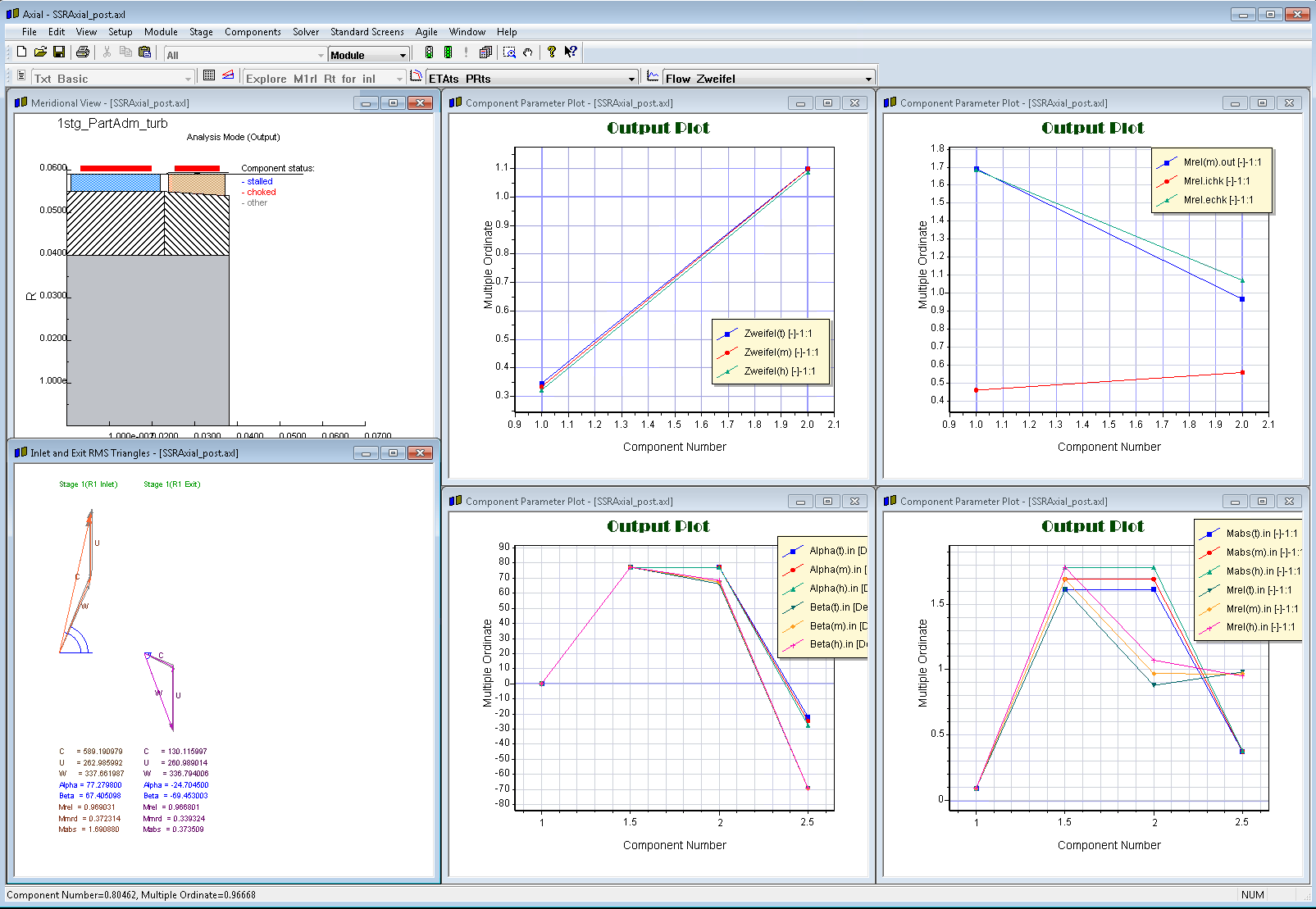 Figure 5. Optimized geometry of the supersonic turbine with partial admission

The resulting geometry of the supersonic stage can be studied for off-design performance. An example of single-speed line run with total-to-static pressure ratio range 1.1 - 14.0 is shown in Figure 6.

A first pass 3D geometry of the stage optimized in AXIAL™ is visualized in AxCent©. 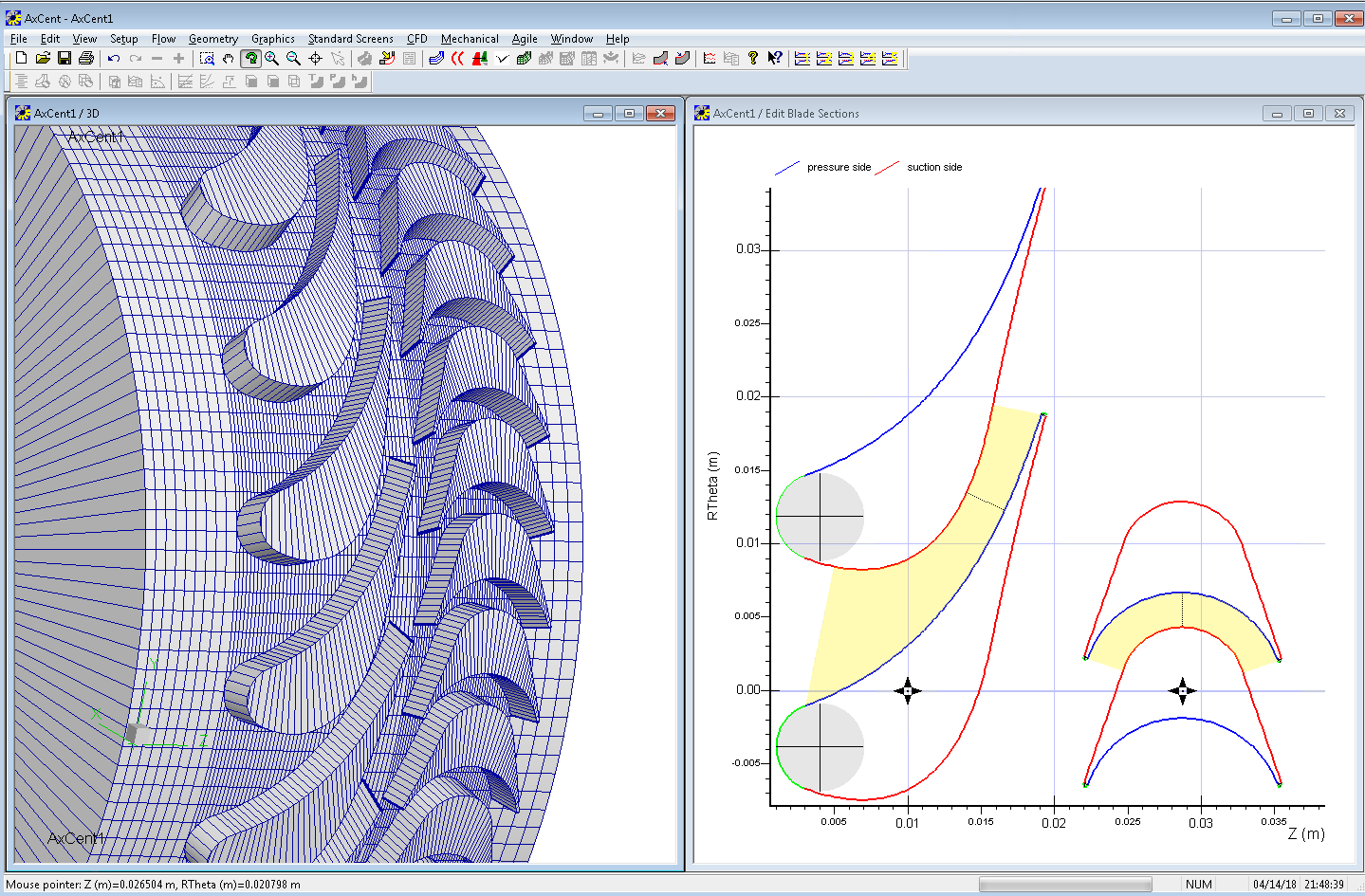