In Thermodynamics: “What Goes Around-Comes Around” is a Good Thing

When discussing the efficiency of transforming one form of energy to another, circularity is the way to go. Anyone who has spent even a little time studying engineering thermodynamics knows that the continuous transformation of energy from a heat energy source to produce mechanical or electrical power must contend with components that operate in a cycle. The key word here being “continuous”. The combustion of any carbon-hydrogen bond material (i.e., fossil fuels), or the liberation of heat energy from any number of materials when placed in a piston-cylinder, would not be very useful if the piston is not returned to its initial “precombustion” position. It is literally the difference between the one-time launching of an object from the cylinder or the continuous production of rotary shaft power; power that can be used to propel a vehicle forward or turn an electric generator. It is the cyclic operation of the fluid in the thermodynamic cycle that enables heat engines and refrigeration cycles to provide continuous power, or cooling, that is needed for the safety, security, comfort and all the other “hierarchy of needs” that was so well formulated by the renowned humanist psychologist, Dr. Abraham Maslow.

END_OF_DOCUMENT_TOKEN_TO_BE_REPLACED

7 Turbomachinery Themed Valentine’s Day Cards – Which is Your Favorite?

Valentine’s Day is February 14, and while some cynics refer to it as a “Hallmark holiday”, most people commemorate the day in some way. One of the biggest challenges is finding a card that perfectly captures the way you feel about someone, while also reflecting who you are.  Well, Concepts NREC has created some turbomachinery-themed Valentine’s Day cards for engineers. These fall into the Art end of our Art-to-Part Solution.

END_OF_DOCUMENT_TOKEN_TO_BE_REPLACED 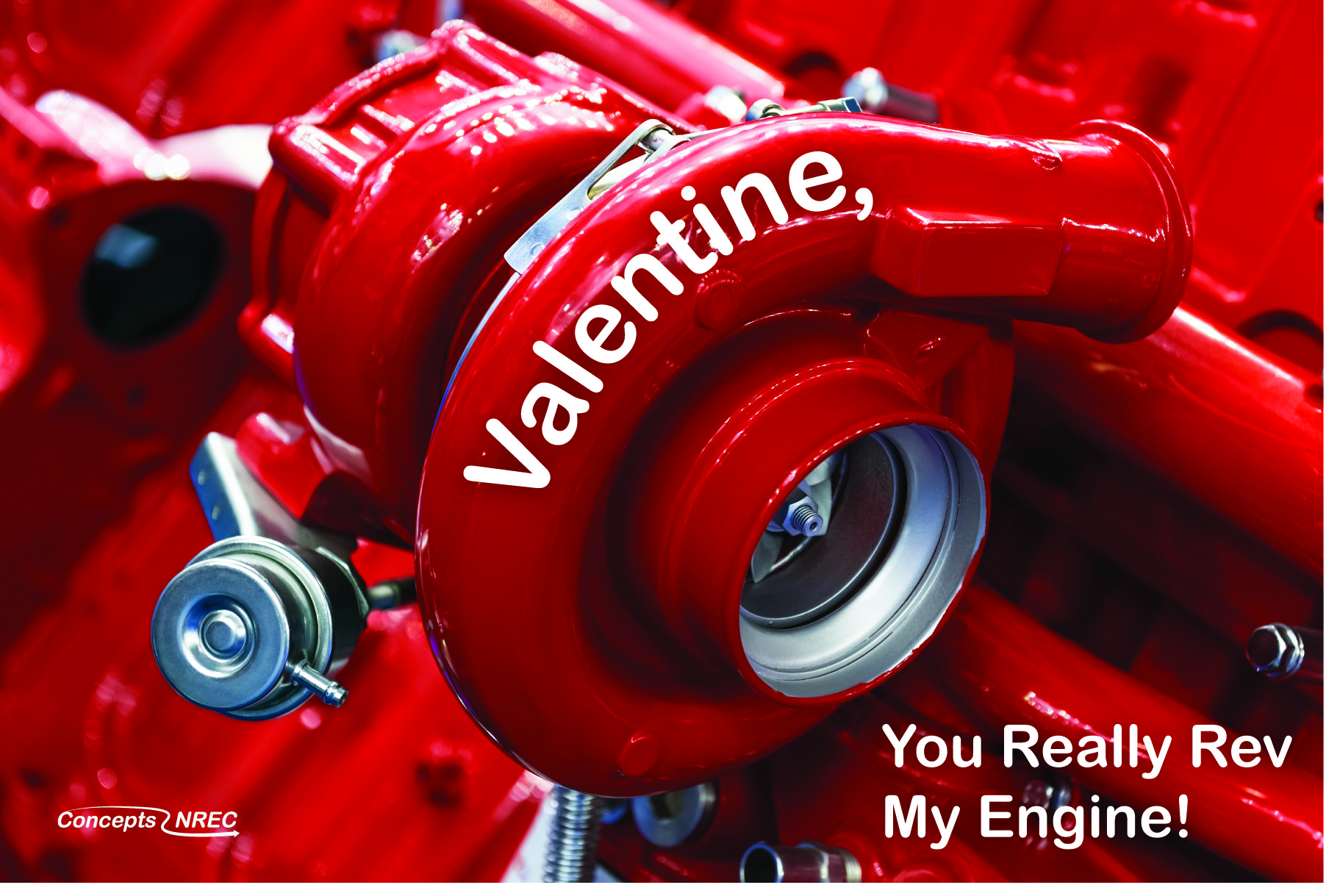 Increases in Temperature Envelopes and Its Implications on Material Selection

Temperature envelopes in the turbomachinery industry are constantly increasing as the state of the art evolves in pursuit of better performance. This means engineers need to design compressors with higher and higher exit temperatures, and turbines and nozzles with continuously increasing inlet temperatures. This rise in temperature greatly impacts the selection criteria for materials used.

END_OF_DOCUMENT_TOKEN_TO_BE_REPLACED 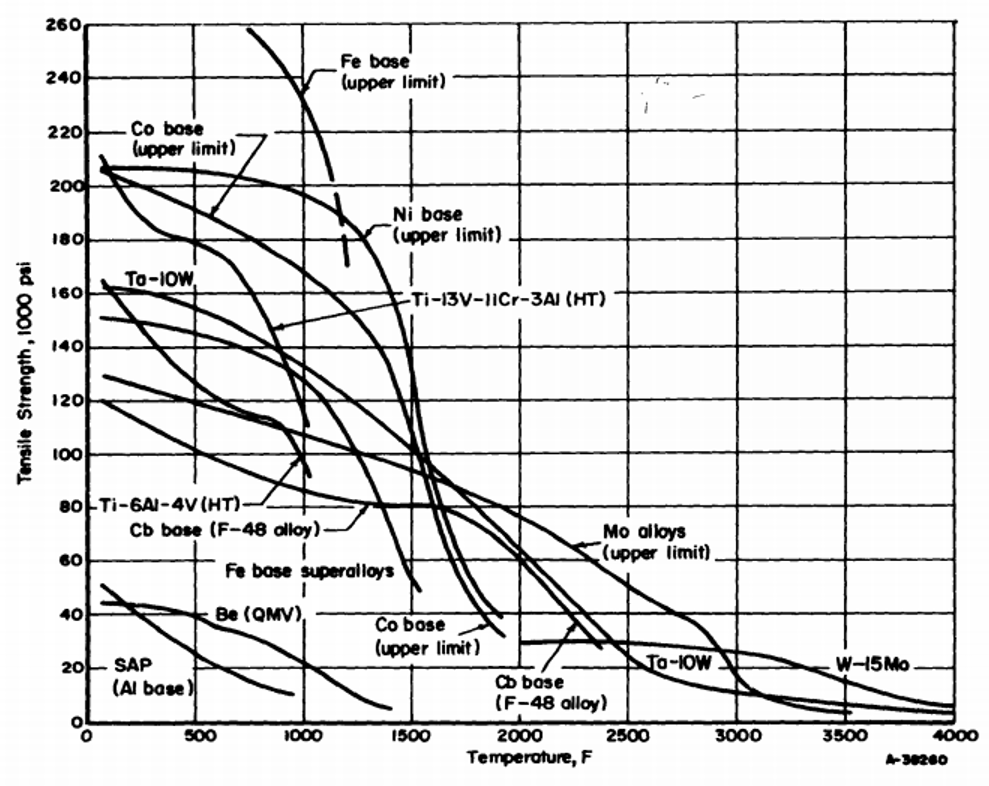 END_OF_DOCUMENT_TOKEN_TO_BE_REPLACED

Have you ever needed to know the exact geometry of a compressor that has been running for years in your process plant? Perhaps you need to analyze how it would perform if the process fluid had to be changed to meet new government regulations. Or maybe there has been damage to the impeller and a complete mechanical analysis is required before a new one can be put into service. Eventually, everything, even well-designed turbomachinery, needs to be replaced or upgraded.

END_OF_DOCUMENT_TOKEN_TO_BE_REPLACED 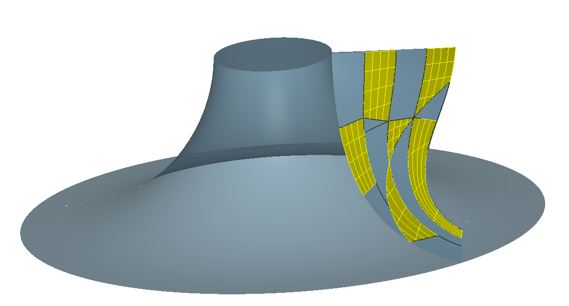 Below is a 4 minute video blog from Mark Anderson, Concepts NREC's Chief Technology Officer, on the geometry of radial compressors. In it, he details the various parts of the compressor wheel, including the inducer, splitters, backsweep, etc. He also looks at open and closed (shrouded) impellers and the pros and cons of each design.

Click on the image below to launch the full-size video.

END_OF_DOCUMENT_TOKEN_TO_BE_REPLACED 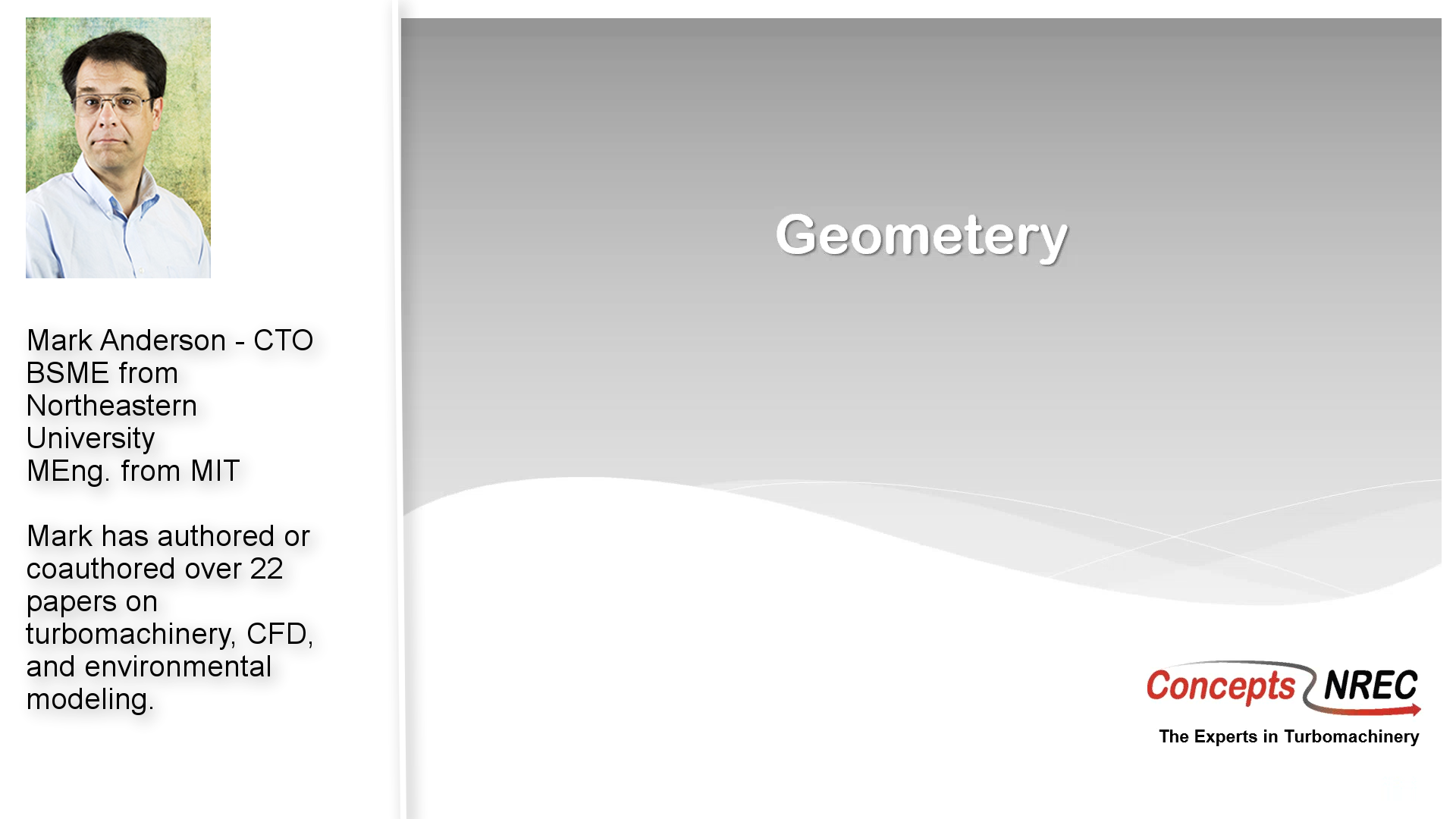 As an engineer in the rotating machinery world, it is my job to design things that work for a very long time. To help ensure this, we have evolved the best analytical tools to calculate the stresses and deflection of the parts we have so carefully designed. But sometimes, we lose track of what matters. We know that material strength, weight, stiffness, toughness, thermal conductivity and thermal growth all matter. They are in a material database, so they must.

END_OF_DOCUMENT_TOKEN_TO_BE_REPLACED 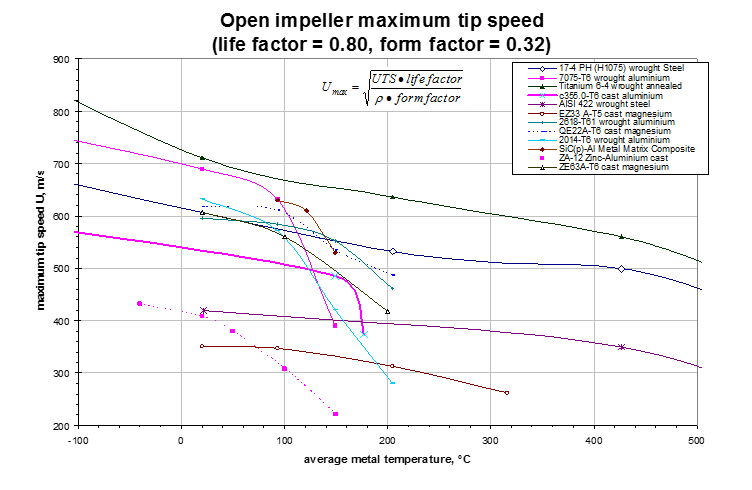 Below is 3 minute video blog from Mark Anderson, Concepts NREC's Chief Technology Officer, on splitter design for radial compressors. Click on the small thumbnail image below to launch the full-size video.

END_OF_DOCUMENT_TOKEN_TO_BE_REPLACED 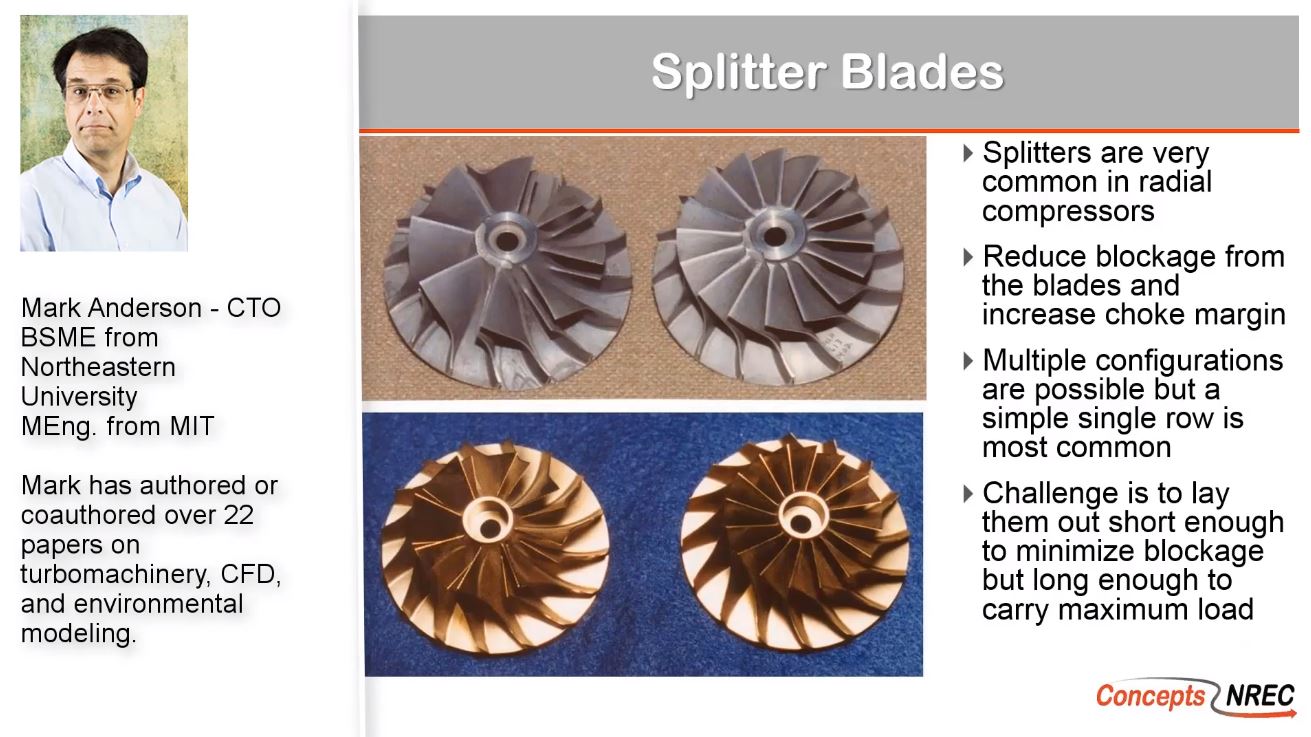 Extending the operating range of centrifugal compressors has been a highly sought-after goal for several decades. In fact, the potential benefits have motivated researchers to develop and put into practice many pieces of technology, including full span inlet guide vanes (IGV’s), complex multistage systems with interstage bleed, passive casing treatment, and many others.